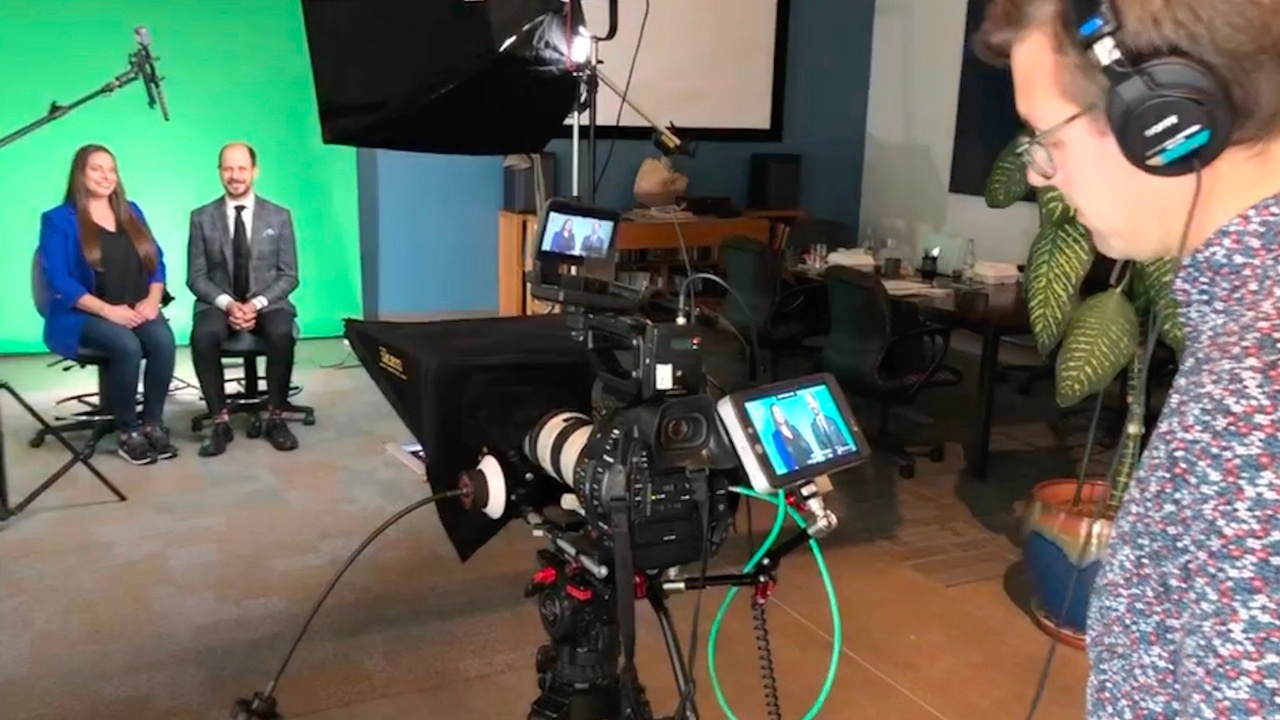 Learn how Amanda Kathryn Roman left her corporate job to create the impactful podcast of her dreams.

It was not a “responsible” decision, given the three young kids at home and the single income, but that had never stopped Amanda Kathryn Roman from having the courage to leave a position that was misaligned with her values. This was just the latest plot twist in the long game she hoped would lead to real impact and deep fulfillment. It was August 9, 2020, in middle of a global pandemic, and she was now in a tiny town in the middle of nowhere, Colorado, with two work colleagues she trusted to try to co-create something that was different than all the things that, so far, had shown themselves to not be right for her.

It was the birth of the Institute for Corporate Transformation (ICT), and at this moment the conversation was focused on creating a podcast miniseries that would lay out the potential of companies to expand their definition of success and become what is needed to create a world that works for everyone, profitably. That much had been agreed to; it was the timeline that needed some discussion. In a move that would later become known as a “F*#!ing Roman,” she had proposed a dramatic acceleration of the project, but in a way that capitalized on an opportunity that, to the chagrin of her colleagues, had a kind of brilliance to it. 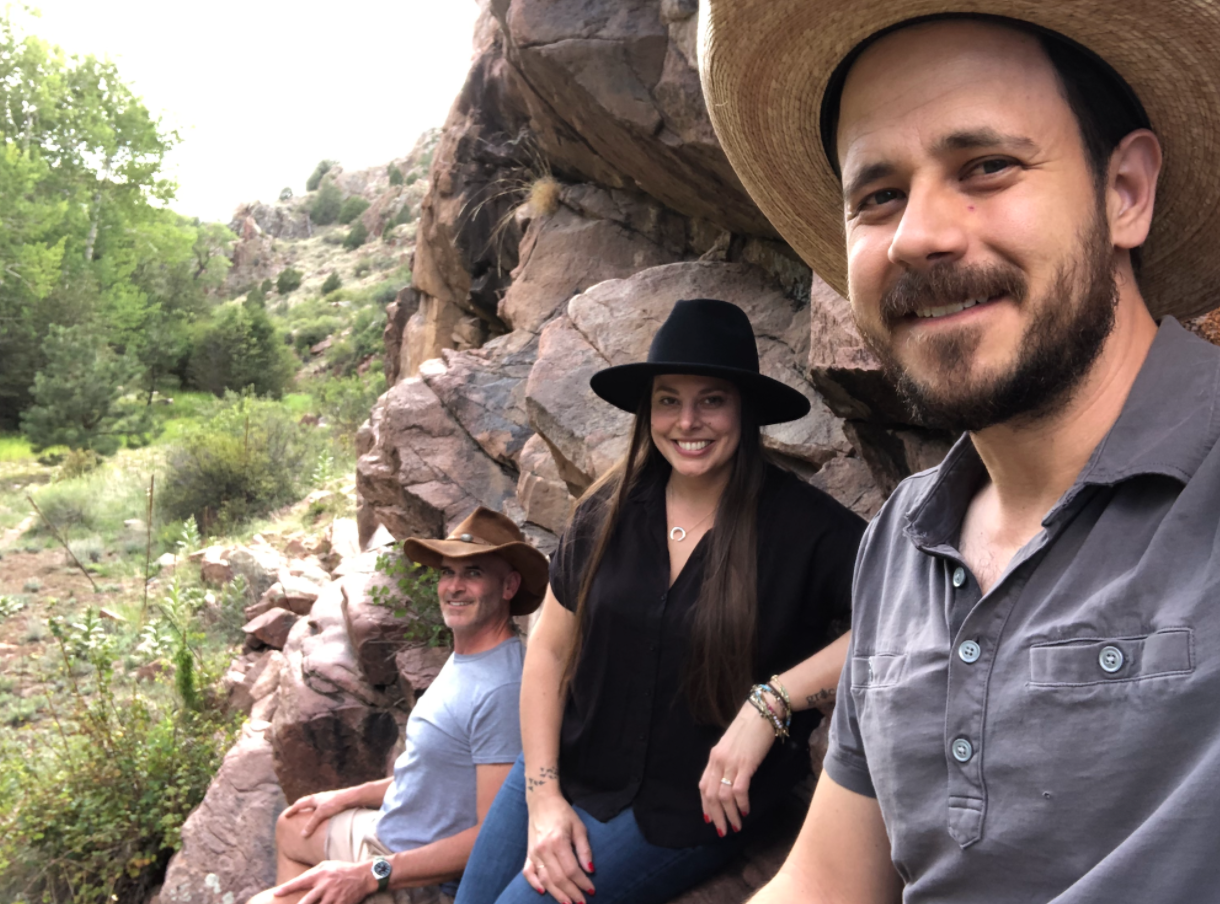 From left, Michael Higgs, Amanda Kathryn Roman, and Nathan Havey on August 9, 2020 in the middle of nowhere, Colorado.

The 50th anniversary of Milton Friedman’s landmark essay on the social responsibility of business (to increase profits), was just five weeks away, and it made sense to time the launch of the podcast for the same day. In just a few hours, she and her colleagues had agreed to make it happen and production began on what would become the podcast miniseries, “10 Things You Should Know About Stakeholder Capitalism.”

Over the next several weeks, interviews were booked and fancy microphones were express-shipped across the country to people who had become exemplars of at least one of the six elements of the Stakeholder Score. The podcast would make the case that we can now disprove a dominant assumption in business: that doing good is inconsistent with turning a profit. To the contrary, the stories the podcast would share — well known within niche business circles but still not part of the mainstream conversation — each proved that doing good and doing well can create a virtuous cycle, outperforming more “traditional” ways of doing business.

The team hired a press consultant to help them make a big splash at launch. Information on the podcast and the world-changing stories it contained were sent to scores of reporters at dozens of outlets — some had written frequently on company culture, corporate purpose, benefit corporations, and conscious capitalism. But after a few weeks of tweaking the message and relentless follow-up, the team could see the writing on the wall: there would be no press coverage to help launch the podcast. They would have to find another way forward.

Still, working closely with Nathan Church, the phenomenal editor and sound designer at HaveyPro Cinema, the team plowed through a cascade of interviews, scripting, recording, editing, and refining until the first several episodes were complete. While she believed they were creating something special, as the big anniversary drew near, Roman had no idea how it would be received.

After a late night of uploads to a variety of podcast platforms, Roman waited for the clock to strike 8:13 am ET on Sunday Sept 13, 2020. She hovered her cursor over the send button on an email to a list of her professional contacts amassed over the course of her career. She’d never sent an email like this before. On the list were people from all over the political spectrum she’d collected from years of working in Washington, D.C. Some of the people on the list couldn’t stand to be in the same room together, and here she was about to take a very public stand for a set of ideas that made sense to her — ideas that might offer a new way forward that transcends traditional ideological battle lines; ideas that, if adopted broadly, had the potential to create dignity of work for everyone.

But how would they land out in the world, in one of the most polarized eras in American history? The clock struck 8:00. There was only one way to find out. Roman took a breath, and pressed the button.

Please forgive the mass email, but today is a really big day and I am excited to share some big news...

Today, September 13, is the 50th anniversary of the publication of Milton Friedman's infamous doctrine declaring that "the only social responsibility of business is to increase its profits." And I am thrilled to mark this occasion by publicly releasing the first episode of a new 10-part podcast miniseries I'm co-hosting called 10 Things You Should Know About Stakeholder Capitalism. Check it out at www.stakeholdercapitalism.biz.

This is not an interview podcast, it's more like This American Life, but there is a narrative arc that connects all of the episodes together. It's pretty incredible, and I hope you can listen to it today while you are driving around, out for a run, or enjoying your Sunday.

This project is the first product of a new enterprise I've co-founded with Nathan Havey and Michael Higgs called the Institute for Corporate Transformation. Its purpose is to work with other leading institutions and individuals to accelerate the transformation of capitalism…

By the end of the day, the response was clear: it was a hit. Praise flowed in from business school deans, CEOs, investors, and consultants — liberal and conservative alike. “This is so well done. Really powerful. I’m looking forward to more episodes.”  “Brilliant storytelling, clear energizing and articulate, nice job!”

As the rest of the episodes were released over the next nine weeks, the podcast would go on to earn 26 five-star ratings on Apple Podcasts.

Roman received word that the podcast was being incorporated into MBA curriculums, was being passed around in networks of CEOs, and was even being spread around on Wall Street. Some of the people featured in the podcast told her that no one had captured their story so well, not even themselves.

At the time of writing, the podcast is almost one year old, and it is proving to be evergreen. The accolades continue to trickle in as people continue to discover it and recommend it to friends and colleagues. Was this the real impact that Roman continues to work toward? Not quite, at least not yet. But it was certainly an excellent foundation to build on as she continues to play the long game to build what is needed to create dignity of work for all. And in the day-to-day in the meantime, this work is deeply fulfilling for her.

You can listen to all ten episodes of 10 Things You Should Know About Stakeholder Capitalism wherever you get your podcasts. And you can join Amanda Kathryn Roman and many Changemakers like her by joining the 100 Months to Change Coalition and stepping up to lead the change in business to create a world that works for everyone.