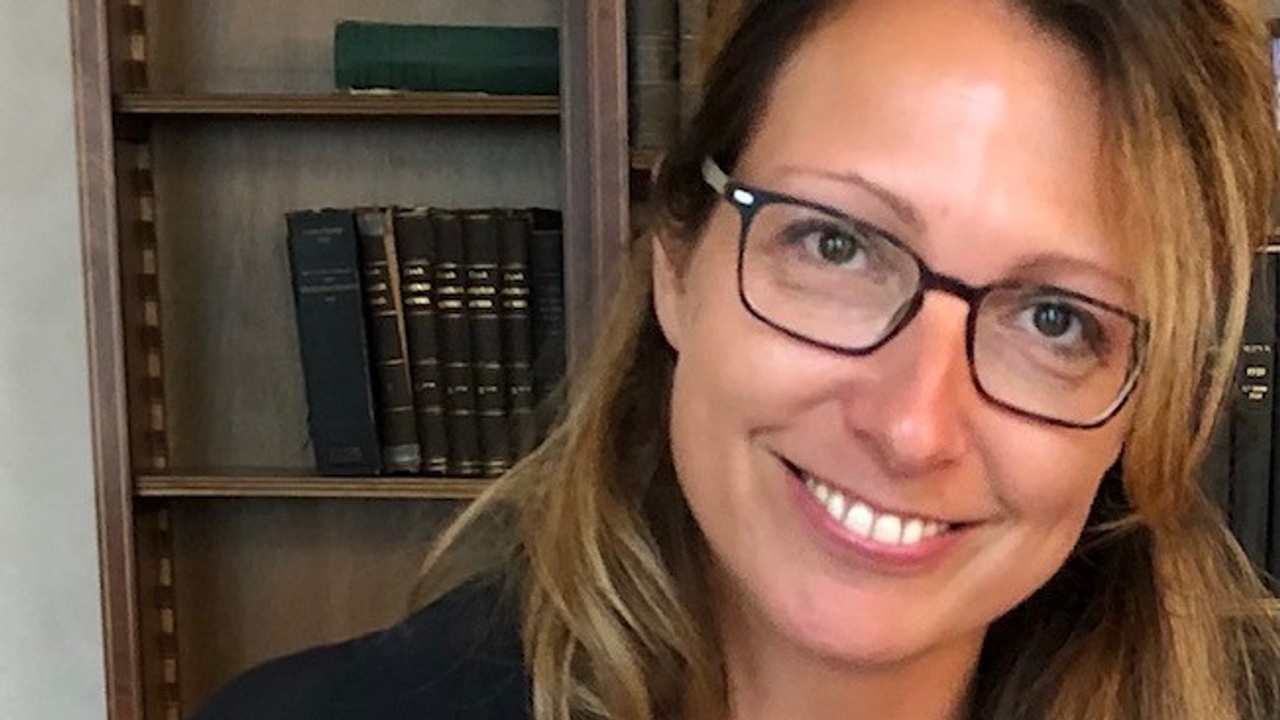 Learn how a quiet girl from Holland became an international sustainability changemaker.

Anyone can be a changemaker. In 1995, Charlotte Extercatte was a quiet 16-year-old girl. She had grown up in a small town in the countryside of her native Holland where she rode an old pony and mostly kept to herself. There’s little chance this article would be written about Extercatte until she met a changemaker in the form of her geography teacher. Seeing more in Extercatte than she even saw in herself, the teacher recommended that Extercatte become involved in the model European Parliament and then the Model United Nations.

Debating the issues of the day with other students her age from all over Europe, Extercatte discovered her voice, a passion for sustainable development, and a belief that business must transform to deliver the change we seek. Extercatte searched for more research and training on this topic, but came up with very little for the remainder of her school years.

Peek Behind the Data

Charlotte Extercatte entered the field as a data geek, working first for Triodos, the pioneering Dutch sustainability bank helping to collect and parse data on the sustainability of their business. But a wanderlust led Extercatte into a consulting position with KPMG, traveling the world and crunching the numbers to see if company data on sustainability matched reality.

It was here that she noticed something curious. On several client projects, she noticed that something felt different about the people she worked with. They seemed more alive and engaged than some of the people at other client companies. Then she noticed that these engaged people produced far better data, too. She scoured the data for clues about what might be going on and eventually saw that the difference was not in the data, but in the people who reported it and in the workplace cultures they came from.

Extercatte became obsessed with the dynamics that drove this phenomenon, eventually finding her way to Interface. What she saw there became a kind of gold standard for her. Every employee, regardless of title or location, completed an in-depth, comprehensive training on sustainability. Those who were motivated to add this context to their work (about half of the company) were given opportunities to apply what they had learned to their immediate role, working to find innovations to advance the company’s overall sustainability mission. And those who wanted to go even further could access an even greater degree of training to become Ambassadors, go-to team members who even carried a special business card to acknowledge their level of expertise.

Charlotte Extercatte left Interface hell-bent on understanding the magic she had seen there and at other companies who were really leading the change. With the help of a few collaborators, Extercatte developed a formula that could explain company transformation in 10 steps — it could help a company understand its own place in the process and what next steps were necessary. As Extercatte likes to say, “Once you know where you are in the game, you can start playing at your level.”

Extercatte took the formula to the academic community and had her work validated. It quickly became one of the top corporate transformation approaches in the Netherlands. In private consulting, Extercatte helped companies to understand and then create the magic in their own cultures.

One telling example was her engagement with Chiquita, the banana company. Much of the company's sustainability focus was on their activities in the tropics, such as using less pesticides and instituting better labor practices. That was all well and good, but if you worked in the ripening center in Yorkshire, there was not much relevance to your day-to-day. Enter a changemaker in the form of Charlotte Extercatte.

Extercatte gave some training and context and then began to solicit ideas from the mostly blue-collar employees. A forklift driver raised his hand. It was a man nicknamed Kiwi because had moved to Yorkshire from New Zealand for love. Kiwi suggested the idea of developing a program to educate local school children about bananas, extolling the health benefits, demystifying the geography and supply chain, and busting the myth that bananas are the favorite food of monkeys. Nourishing the children of our community, Kiwi said, would make me feel proud to drive my forklift. Kiwi opened the floodgates and ideas began to flow for a whole host of innovations that would advance sustainability and much, much more.

In a debrief, the manager of the team was floored. Where had all of this engagement and innovation come from? They later discovered that Kiwi had been a biology teacher and that up until that point, they were wasting most of his talent by thinking he was just a forklift driver. So it was at organizations from catering to finance to government. Extercatte helped to unleash the potential of people and teams. But it was not enough.

In Charlotte Extercatte’s formula, the earlier stages are about finding actionable steps to take and the later stages are about accelerating that action. After a few years of consulting as an entrepreneur, Extercatte realized that she wanted to do more with the experience with these pioneers — to realize that she needed to apply her formula to herself so that she could make sure she was playing on her level. She wasn’t.

She was even playing down. Things came in life that she let distract her from following her path. With two small kids, she moved from the city back to her hometown, yet life took another route. An idyllic dream of living in the countryside with her husband and other family turned into a divorce and a cultural clash in social life. When back on her feet and with her business back up and running, the pandemic was hit hard. Financially it was okay, but working remotely on transformation was hard work via Teams. Suddenly it was all very quiet. Projects were troubling, and it felt like walking through the mud for her.

Extercatte knew it was time for her next phase. She asked herself the question, “Will you step up or drown?” She decided to live her values of having more fun, following new impulses, making more impact, and using the experiences from her work with pioneers to the fullest. Now more than ever, she was motivated by her two kids who had amazing questions about her work, like, “When is all the ice melted in the Arctic, Mama?” In the darkest days of the lockdown, the motivation got stronger than ever before.

She had been in conversation with Nathan Havey, the filmmaker of "Beyond Zero" and the team at the Institute for Corporate Transformation. Extercatte became the first 100 Months to Change Liaison as she convened a dream team in the Netherlands to bring her work into the mainstream. She created a new company to fit her new level of play: Transform4C.

Of particular interest is making stories and resources that teach people the magic. The dearth of information and training that 16-year-old Extercatte found on sustainable development has not changed much. But 42-year-old Extercatte is going to drive to change that by bringing "Beyond Zero" into business curriculums across the country and by sharing the stories of changemakers and how the rest of us can learn the magic, too. 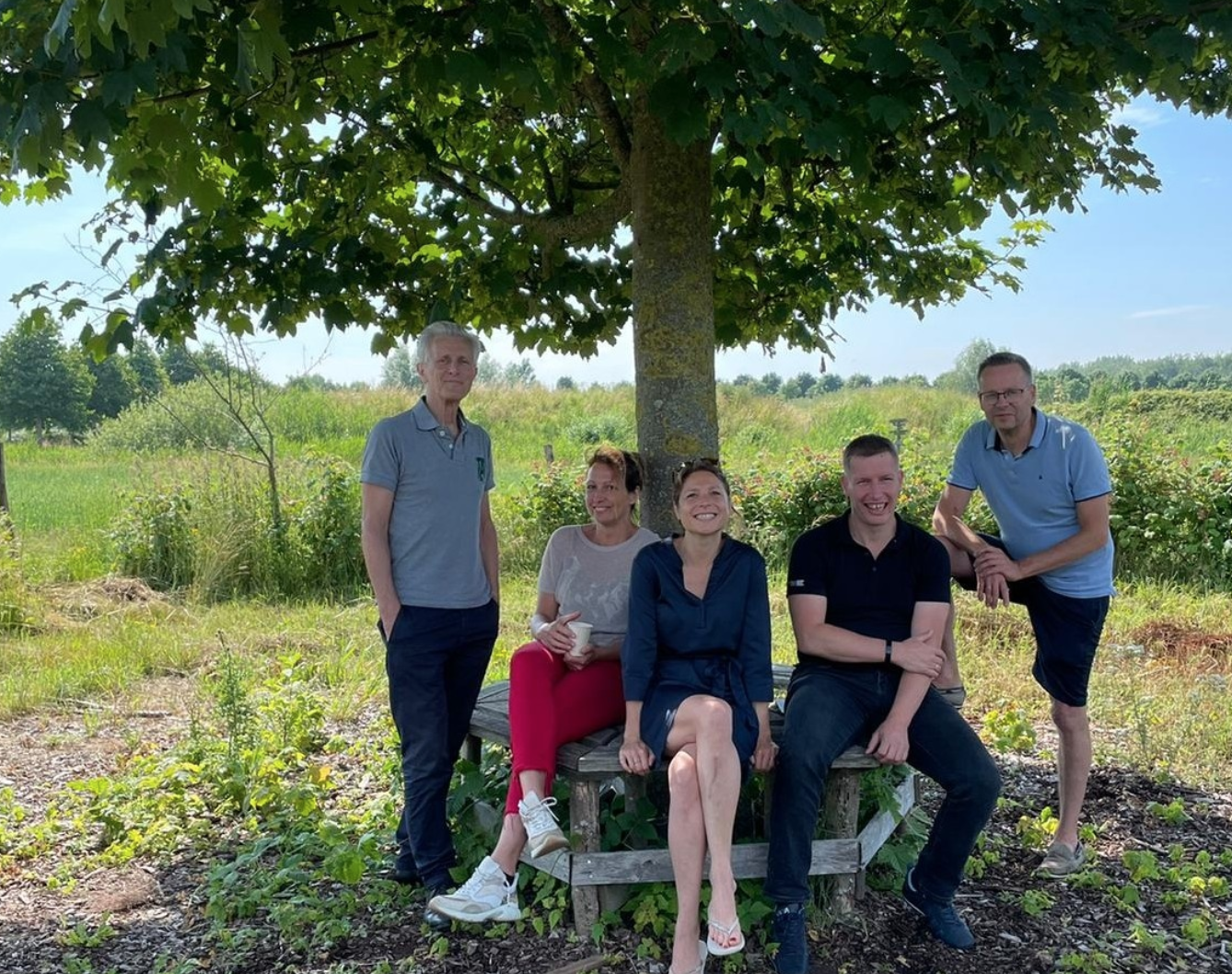 Charlotte Extercatte (2nd from left) with her dear team

About two years ago, Charlotte Extercatte visited her childhood home and took the time to find her old geography teacher. She told her teacher her story and how her life had been changed by the simple act of asking her to stand up and use her voice. It was another magical moment. Not only has Extercatte seen how powerful that can be for other people, but her whole story — her whole life — is because a changemaker did it for her.