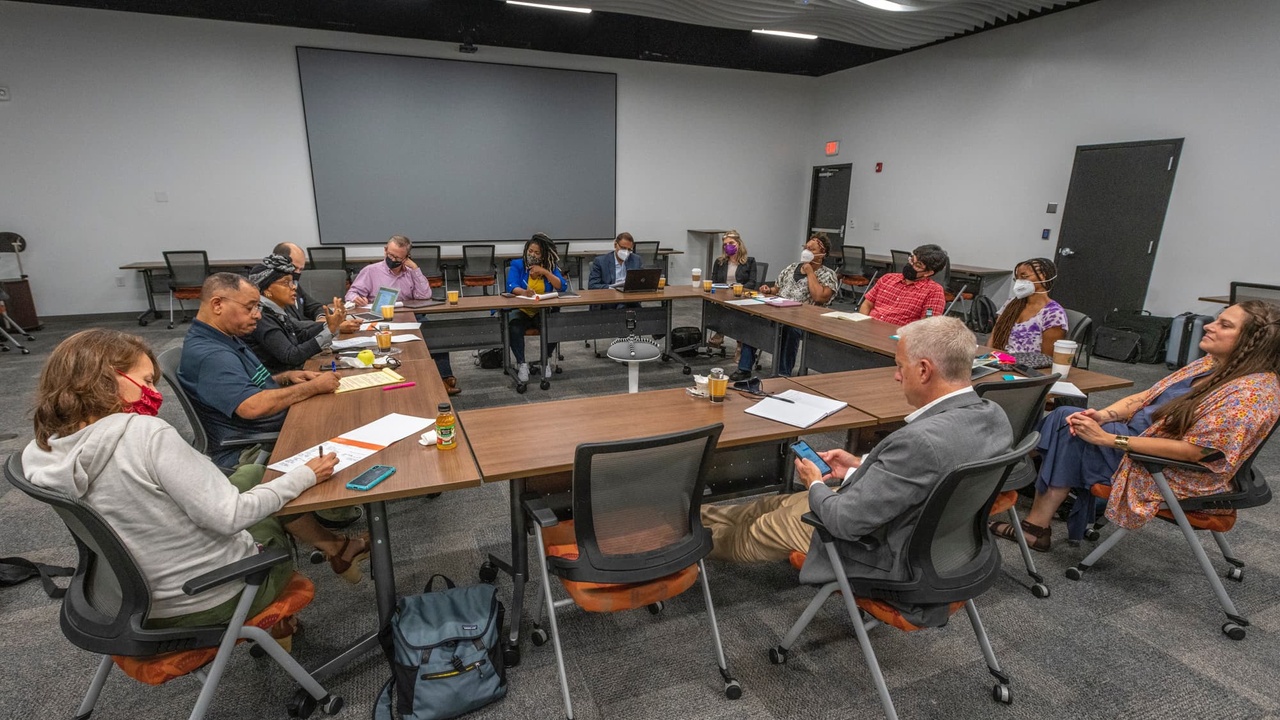 Learn the inside story of the 100 Months to Change Coalition, a global group of changemakers working together to leverage business to build a socially and environmentally sustainable world.

In early December 2019, I was sitting in the darkened ballroom of the Stratler Hotel in Dallas listening to Rand Stagen and his associates make the case for playing the long game. The room was filled with several hundred business leaders and other influential people. I was there at Stagen's invitation because Bill Hayward, CEO of Hayward Lumber, was using a clip from "Beyond Zero" in his presentation about how Ray Anderson had inspired him to take his company, and later his whole industry, down the long road toward sustainability.

What Kind of Ancestor Do You Want To Be?

Given the people in the room, there was a moment of recognition that the world we both enjoy and criticize today was created by the decisions of our mostly nameless ancestors, fewer generations ago than we might realize. There was a recognition, too, that the game the people in that room chose to play would have a profound effect on what the world will be like for generations to come.

To drive home the point, Stagen thanked his speaker with the gift of a 10-year journal — a book that provides four lines to document the happenings of each of the 3,650 days in a decade. I flew home, my head spinning, and ordered a 10-year journal for myself.

Serendipitously, I had also enrolled in Rachel Davis’s phenomenal end-of-year reflection and intention-setting program. As it was 2019, her program that year was expanded to reflect on the decades of your life as a way to set a vision for the 2020s. Stagen's voice still ringing in my ears, I wrote a vision for the decade that would require building a global coalition of changemakers working together to leverage business to build a socially and environmentally sustainable world — a world that works for everyone. I taped that vision inside of my 10-year journal and began asking for the help I would need to even get started.

The first year saw the completion of the film "Beyond Zero" and the creation of the Institute for Corporate Transformation, the 10 Things You Should Know About Stakeholder Capitalism podcast, and the Intraprenuer Accelerator. Not bad, but with one year down and only nine to go, it was not nearly enough. There is growing alignment on the fact that this decade may well be a decisive one. This is the 1940s for our generation, and what we do will shape the future of life on Earth. How can we rise to meet this moment? How could we decentralize our work, collaborate with the brilliant people all around the world who are working on the same vision, and reach the necessary scale together?

"This is the 1940s for our generation and what we do will shape the future of life on Earth. How can we rise to meet this moment?"

"Beyond Zero" seemed to offer some guidance for us. It was resonating across cultures all over the world and was attracting collaboration far more than anything else I had ever been a part of. The can-do hopefulness of the film, along with its clear pathways for change and its demonstration of what real action looks like, were striking a chord. As we surveyed the landscape, we saw efforts that had one or two of those elements, but not all three.

1.) Can-do attitude, 2.) clear pathways, and 3.) real action — could we use the film to connect a broad collaboration that would have these same qualities? In my 10-year journal, I had begun a countdown of the days, weeks, and months left in the decade. On March 2, 2021, with 3,232 days, 469 weeks, and 106 months to go, I realized that September 1, 2021 was the day there would be 100 months left in the decade. We were planning a major premiere screening for "Beyond Zero" the day before, which was the 27th anniversary of the day that Ray Anderson first spoke his vision for Interface into existence. Something went clunk in my head and I wrote for the first time “100 Months to Change.” I searched for the URL. It was available, so I bought it for the remainder of the decade.

I called Amanda Kathryn Roman the next day and she loved it. Charlotte Extercatte found that it really worked in Europe, too. I tested it in "Beyond Zero" panels and we floated it by consultants and business leaders all over the world — it seems to work everywhere. 100 Months to Change would not be another “change-or-else” campaign, but rather it would be an inclusive and ever-growing “we’ve-got-this” coalition of people all over the world who are doing the work of change — a kind of game that doesn’t seek to avoid catastrophe, but to reach for what we know is possible and to learn from each other and to race each other to see how fast we can bring it into being in our families, in our organizations, in our communities, and in our whole world.

As I write this, there are 3,056 days, 434 weeks, and 101 months left in the decade. On Tuesday, August 31, I will join 20 or so Changemakers who will gather in the very room in which Ray Anderson began his long game to become a good ancestor to co-found the 100 Months to Change Coalition. That evening, we’ll gather together with others from Atlanta in masks and at one-third theatre capacity for the very first public live screening of "Beyond Zero." We’ll experience the powerful story of what a global group of Changemakers, united around a common vision, can achieve together. When we gather again the next morning, there will be 100 Months to Change.